Read All About It: The Delightful Details Of A Hindu Wedding

Hindu weddings are usually very colorful, vibrant, and full of life - that’s what Hindu weddings are all about. These weddings have a lot of detailed and intricate planning put into it. They are also very culturally rich and are filled with traditions and celebrations. The very aspect of a Hindu wedding event is the emotional, physical, and spiritual bonding between two people and it also brings two families together through celebration and prayer. “A Hindu wedding lies somewhere between the couple’s expectations while blending their family traditions” explains by South-Asian wedding specialist Jignasa Patel. Before any Hindu wedding ceremony, there are a few steps to perform - 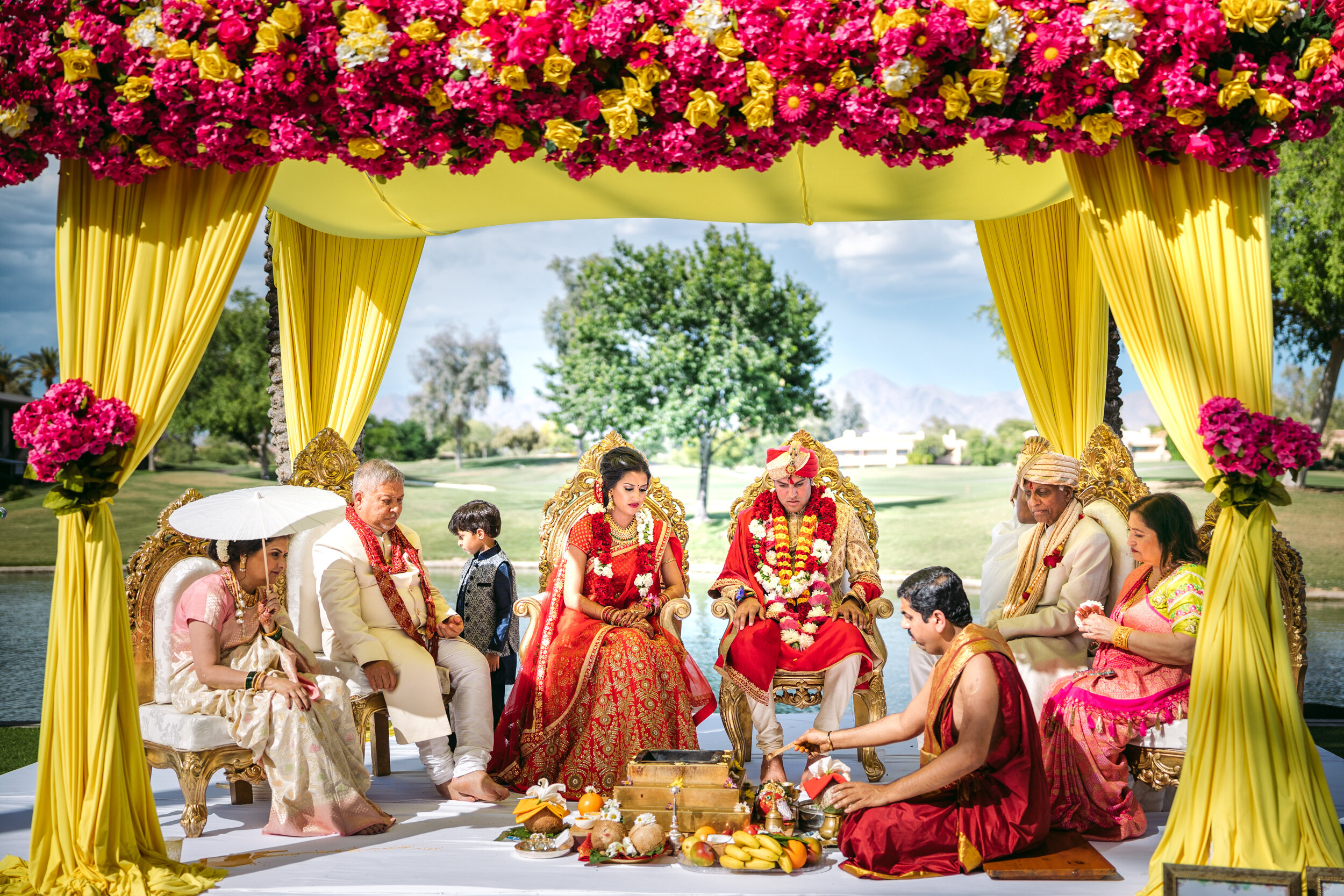 Before the wedding ceremony starts, astrologers play a very vital role. According to Hindu tradition, before the wedding is about to happen, both the bride and the groom’s ‘kundali’ have to be matched by an astrologer because a lot of people consider compatibility to be an important factor between the bride and groom. Matching the ‘kundali’ is believed to lead to a beautiful, peaceful, and happy married life.

Choose a designer who can help you with Hindu wedding invitation designs in a proper manner.

Inviting family members and friends to the wedding ceremony in itself is a big task. For that first, you have to choose a card and have to design according to Hindu wedding invitation designs and then you have to send everyone to invite them to the event. The mehndi ceremony is a big and traditional event in Hindu marriage. It is attended by only the bride’s female friends and families. This is a very fun-loving day for a bride cause she can enjoy it with her friends, cousins, aunts, and others. It happens a day before the wedding. It takes several hours to perform this event. Traditionally the mehndi event has occurred for both the bride and groom separately on the same day, now they choose a combined event for double fun and enjoyment. This event is not only celebrated in Hindu weddings but also in other weddings as well.

3.The day of the Wedding Ceremony

This is the day when the actual ceremony takes place. On this day the bride wears a traditional red saree. The groom’s arrival is an event itself, here grooms family joins with brides at the venue where the event will be going to hold. After that bride’s father gives her away because according to Hindu religions, the groom can’t claim a bride until she is presented. Then the couple weds under a structure called’ Mandap ‘, which is decorated with flowers, crystals, and fabric.

During the wedding, a fire burns at the center of the mandap which signifies the ability of the ceremony. Then the groom’s brother gives her three fistfuls of puffed rice as a blessing to his sister’s happy married life. Each time the groom has to offer this rice to the ceremonial fire called ‘homam’. According to the Hindu religion, fire is the witness, and offerings are made to the fire.

The Hindu wedding starts with a prayer to Lord Ganesha. According to the Hindu religion, Ganesha is considered to be the god of beginnings, good luck, and also the remover of all obstacles from your life. During the wedding, the couple exchange Jai Mala, according to Hindus this Jai mala indicates that the partners are welcoming each other to their family.

Saptapadi takes after all this is done, here newly married couple have to tie their garments together and have to make seven circles around the fire. After the ceremony is done the husband applies a red-orange color powder at the center of her hairline called Sindoor, this indicates that she is now a married woman. This is one of the most important events in a Hindu wedding ceremony before this they are not considered married. 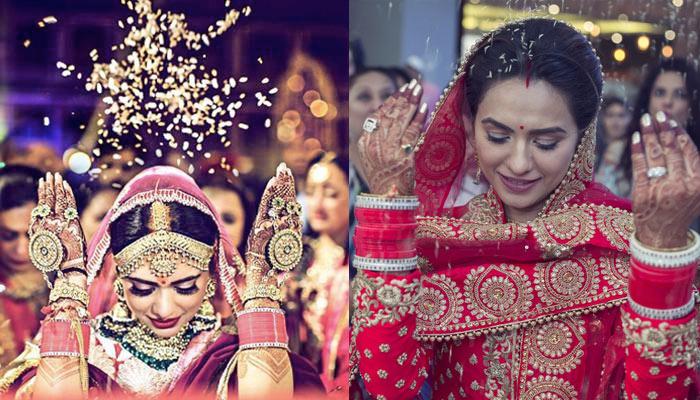 “Not all brides’ farewells end with sparkles and smiles,” says Jignasa Patel. Because now she has to leave her house officially to start a new life with her husband. This moment is very emotional for her because she has to leave her parents, her house. The vidaai ceremony is the final and symbolic end of a Hindu wedding ceremony where the bride’s parents give their last farewell to their beloved daughter.

After reading all the aspects of a Hindu wedding there is no doubt that the culture of a Hindu wedding is not just beautiful, colorful, and lively but also makes each and every person involved with the ceremony quite happy. It is wonderful to watch how much time and detail used to go to make the couples happy and supportive every step of their way. Love and support towards the couple can be seen across all religions but in the Indian wedding especially in a Hindu wedding, this celebration lasts almost for a week with individual events like Mehendi, Baraat, and reception. This is a memorable event that lasts for a lifetime!