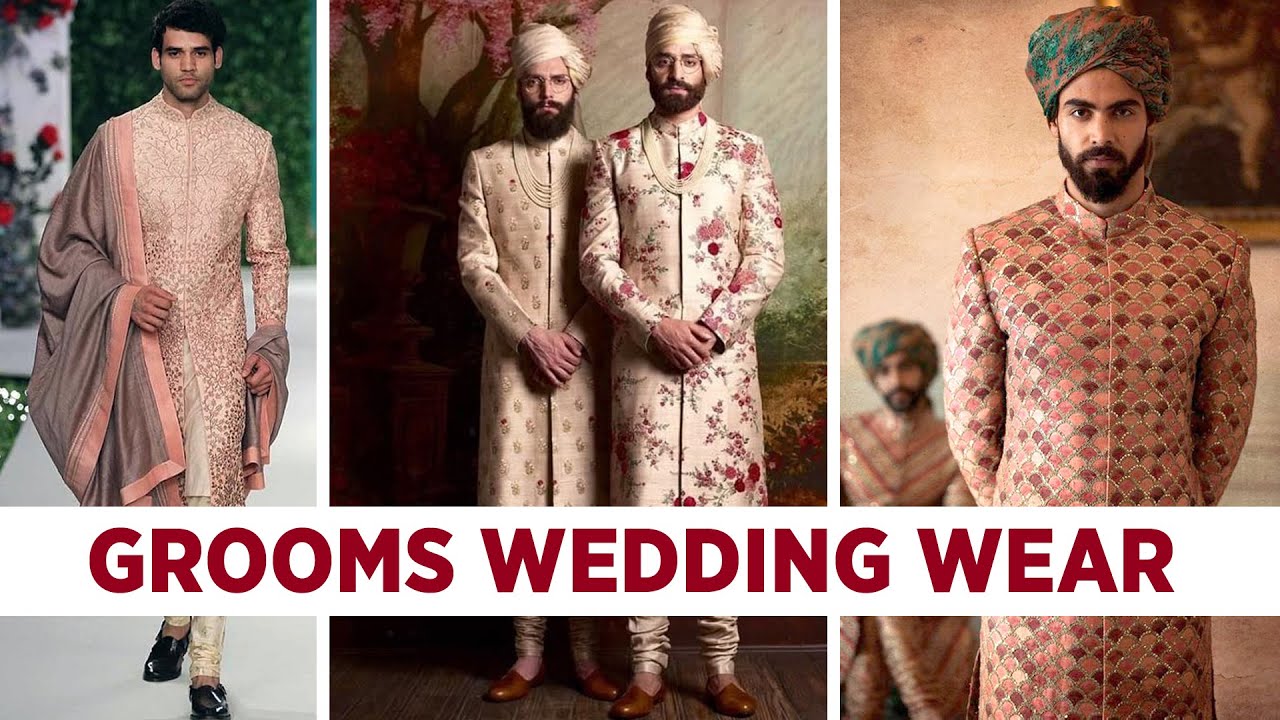 A wedding marks the new beginning of the bride and groom’s life, as they commit to each other and promise to spend the rest of their lives with one another. The day of the wedding ceremony marks the auspicious start of such a journey and is one of the most special days for the engaged couple. Both the bride and the groom want to look their best on their wedding day, have the best pictures taken that they can cherish for their entire lifetime.

Groom’s outfit – for the wedding

India is a diverse country and in general, the wedding outfits for men are usually traditional, with each tradition having its unique traditional outfits. However, there has been a shift in the past decade with several new grooms opting for uniquely designed outfits, or more western influence suits. Even amongst traditional costumes, the modern age has seen several minor changes and additions that add an extra layer of oomph to the already appealing wedding attire.

Traditionally, communities spread across India hold true to their cultural roots and often it can be seen in the wedding outfits they wear. A good example includes, the Dhoti which is worn in a lot of communities has its own variations that incorporates one’s unique cultural aesthetics. Southern India also uses dhoti and it is often accompanied with a Mundu, it is also paired commonly alongside a kurta or a shirt. Angavastram also is used in substitute to cover up the chest portion of the body.

In the northern regions however, the wedding outfits for men always seem to incorporate a sherwani which is a traditional Indian long suit that is elegant and regal in design. Jodhpuri type suits and even western suit are favoured in the northern areas of India. The groom in the north usually has his face covered by a drape known as Sehra which is basically a cloth made of blossoms. In Muslim traditions, the groom also wears a hard hat known as the Taqiyah.

The groom side of the family, in North Indian Wedding also are known for their lavish dresses, they incorporate sherwanis mixed with western flavors and ethnic Jodhpuri styles. The shirts blended with the coats and the covers are representation of the grand nature of the event and as such the outfits tend to be embellished with gems and are brightly designed to appeal to the nature of the event.

Usually, it is the bride that gets the most attention during the wedding ceremony, her outfit is the flashiest, and she is usually wrapped in jewellery and everybody’s eyes are on her. And right beside the blushing bride is her handsome groom in his wedding suit, complimenting her perfectly.

Throughout India, a wedding outfit for men is highly influenced by the region’s culture and the groom’s religious traditions, such as:

Though the outfits above are from different communities, the modern age has seen an amalgamation of culture and many people have begun to use influence from different cultures in designing their outfits to make into a unique outfit for their wedding.

The above provided examples are largely traditional, however in modern ages, grooms have also begun to have unique customised outfits for their weddings as well. Western Suit styles like the tuxedo have emerged as a classy alternative that holds a sophisticated appeal. However fusion blends like the Nehru jacket over a traditional outfit are also in high demand. Sherwanis which are a type of a traditional Indian suit which are more common in northern weddings has found its place now in different parts of the nation.

Grooms also often instead of relying on the common colours used in traditional wedding outfits for men have begun to use different colours to complement their significant other and the theme in their weddings. Such designs are well liked by many and will sure be one for the books.

Modern Groom Outfits And Its Freedom

The men and women of today are free to choose their life partners as they please unlike the olden days when society was much more reserved and conserve in nature; now society has evolved to an extent, with people no longer bounded with restrictions and finding their significant other even in different cultures. This beautiful amalgamation of culture is also reflected in one’s outfits allowing for more options in customizing a wedding outfit for grooms.

Couples from two different communities can blend and fused to build a costume that represents both sides and Indian being a land of diversity is in no short for a wide range of options.